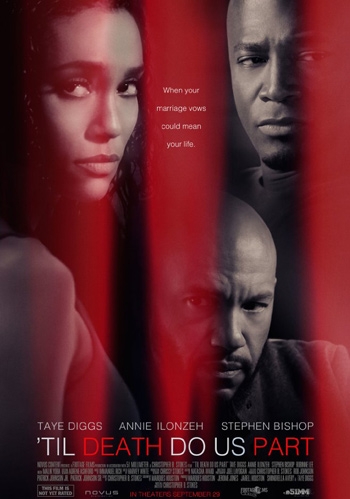 Til Death Do Us Part

Madison believed she had found the one, until Michael became controlling and violent. Finally, she escapes and with her new identity, encounters Alex, but Michael finds her again, recreating her nightmares.

Michael and Madison Roland had planned to spend the rest of their lives together until one day, Michael's controlling ways turned into their perfect marriage. With the help of her best friend, Madison decides to get away. After adopting a new identity, she meets Alex Stone and learns to love again. All is well until Michael discovers Madison's whereabouts and recreates the nightmare she once lived all over again.