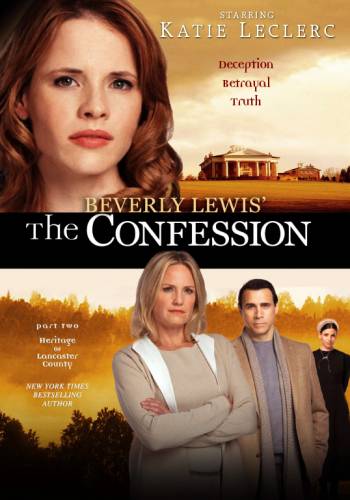 All her life, Katie Lapp (Katie LeClerc) has known no other world than that of the Amish family who raised her. But upon discovering that she was actually adopted from out of the "English" world, her quest for answers to her identity resulted in her being shunned by her people. Now in "The Confession," the thrilling sequel to "The Shunning," Katie is on an even greater quest--to be reunited before it is too late with her long-lost birth mother, Laura Mayfield (Sherry Stringfield), who is dying of cancer. Only the challenges of being Amish in an English world stand in her way...along with one man who has other plans for her biological mother's legacy.