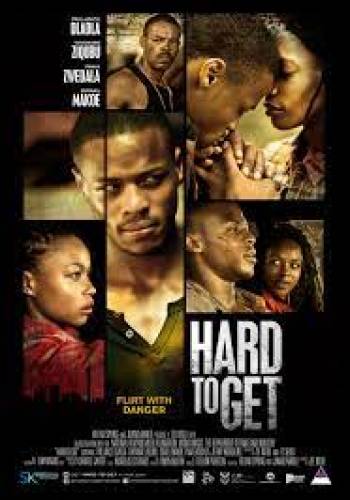 When SKIETS, an enigmatic, beautiful stranger walks into small rural township tavern and demands a beer, TK, a charming local lothario sets out to seduce her in order to prove his prowess to the locals. When she spurns his attentions, he falls head over heels for her and seriously starts to woo her. However, Skiets is a dark horse and breaks TK's heart when she returns to the tavern the next night on the arm of MUGZA, the local hood! But...when Mugza discovers that Skiets has stolen his car keys and intends to make off with his most precious possession, he erupts. TK steps in to defend Skiets and before he knows it he is on his way to Johannesburg and the bright city lights with her - in the car that Mugza treasures above all else! Step in Gumede, a sophisticated, wealthy and dangerous crime lord who takes them under his wing when Skiets catches his eye. Skiets recognizes the type and is reticent to accept Gumede's money but TK is only too happy to spend it without any thought of the payback that will inevitably follow. When Gumede makes a move on Skiets, TK, sick with jealousy, decides to rob one of Gumede's own stores and pay him back with his own money. The action, mystery, love and drama continues.