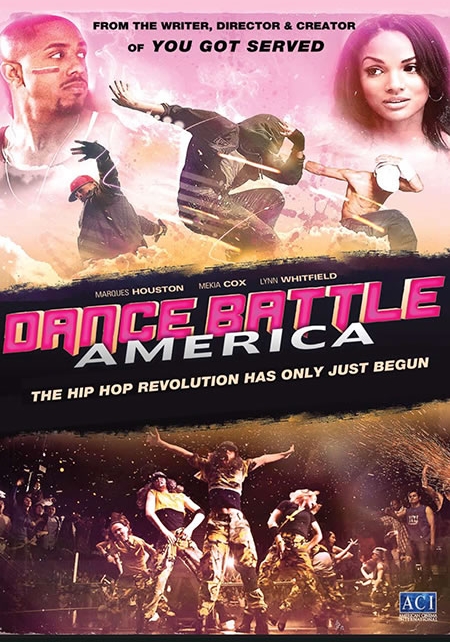 A young businessman who lands a community service sentence falls in with a group of misfit kids who need mentoring. With the help of a pro instructor, he works to get the kids ready for a big underground dance competition.

Dance Battle takes a steady look at the underbelly of the youth battle dance culture in Long Beach, California. Sean Lewis, a young, charismatic, successful businessman, finds himself in the mix with a bunch of dishevelled misfits, "Bad Boys", who have virtually no dance talent. Realizing his dilemma, Sean brings aboard a professional dance instructor to ease his responsibilities to these kids. Meanwhile, he finds himself falling for Sara, who runs the community center where the kids hang out and practice their moves. With Sean motivating them, The Bad Boys find the confidence to rise to the challenge and defeat their nemesis "The Bang Squad", at the annual dance battle competition BATTLEFIELD AMERICA!