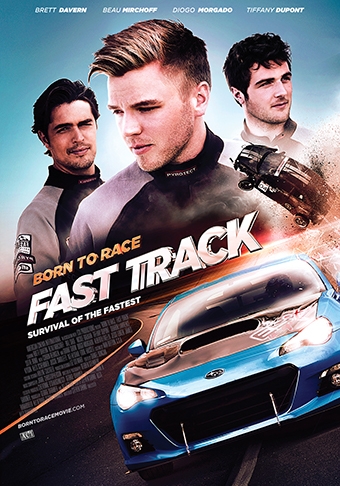 When two small-town rival racers are forced to work together to defeat a reigning champion, it becomes survival of the fastest in an ultimate race to the finish line. Stars Brett Davern.

Twenty-two-year-old drag racer Danny Kreuger thought he'd be ahead of the curve at Fast Lane Racing Academy but instead finds himself eating the dust of his high-octane classmates, some of the fiercest young drivers in the world. The race track becomes a battlefield as Danny fights daily to push his speed limits.

As Danny slips behind in the rankings, so do his hopes of becoming a professional racer. One wrong turn on the track could put Danny on the skids for good. When a terrible accident leaves him without a racing partner, Danny is forced to team up with his prickly high school rival to avoid expulsion. The odd couple must learn to set aside their differences as they vie for rookie spots on the Lucas Oil Racing Team.