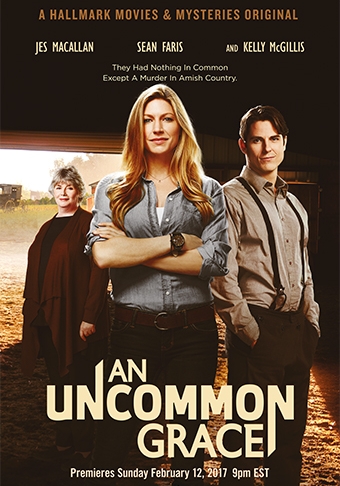 After a tour of duty, an army nurse returns to her grandmother's farm in Amish country, where she finds unexpected romance and is pulled into a murder mystery.

Following her tour of duty, army nurse Grace Conner (Macallan) returns to her grandmother’s (McGillis) farm in Amish country. After arriving she answers Levi Troyer’s (Faris) call for medical assistance following a mysterious shooting at the nearby Troyer family farm. Soon, Levi, who belongs to the most conservative and isolated of all Amish sects, develops a deep attraction to Grace, even though a relationship between them is strictly forbidden. Grace and Levi must sort out their relationship while Grace follows clues that ultimately lead her to the killer. With Levi torn between his love for Grace and his responsibility to his family, lifelong allegiances will be tested, raising the question, will love and justice prevail?